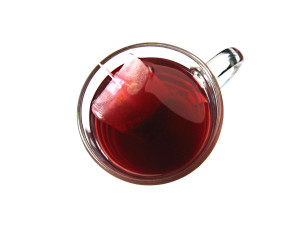 A bored salesman found inner peace with herbal remedies that are now stocked by Tesco, Sainsbury’s and Waitrose

WHILE his friends travelled the world in search of inner peace, Tim Westwell sat on his sofa in Bristol waiting for inspiration. At the age of 40, he had taken six months off from his job in sales to work out what he wanted to do.

He placed a small ad in a local magazine offering his sales and marketing expertise to anyone who wanted help turning an idea into a business.

Sebastian Pole, a herbalist from Bath, responded. Together they founded Pukka Herbs, a supplier of herbal teas and food supplements that are now stocked by Tesco, Sainsbury’s and Waitrose.

Since then the pair have built Pukka Herbs, based in South Bristol, into a business with 48 staff and sales of 7 million pounds – 45% of them abroad.

Tim and Sebastian didn’t know much about products or brands, but decided ‘where there’s a will, there’s a way’ – and from that will, came the way.  ‘In my apartment block in Bristol thee was a guy who told us all about branding,’ says Tim.  ‘We came up with the Hindu name “Pukka”, which means real and genuine.’

After a few months of discussion, Tim and Sebastian shook hands in a pub in Glastonbury, withdrew two thousand pounds each from their savings and set up Pukka Herbs bank account.  The start off making three teas, designed them, and went to a natural health food show in Brighton.

The idea was always to help create a more conscious world by connecting people to the power of plants.  We live in a concrete jungle and want to bring nature into people’s lives through a cup of tea.

The purpose came first, and that’s always been the way we’ve looked at it.  Profit is important, because it feeds a purpose.  ‘If there’s one thing I’d say to aspiring entrepreneurs, its don’t be motivated by your fears, but by your opportunities.’

The principles of organic farming are extremely important to the pair.  ‘That’s why we chose to make organic teas and supplements from the outset,’ says Sebastian.