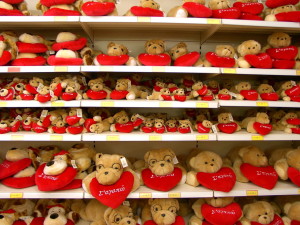 Retail guru Sophie Mirman explains how she discovered her entrepreneurial side

By YVONNE SWANN FOR THE DAILY MAIL

Retail guru Sophie Mirman, 60, launched Sock Shop in 1983, earning her the title of Businesswoman of the Year. The firm went into administration in 1990.

She now runs Trotters childrenswear shops and hairdressers, and lives in London with her husband and business partner Richard Ross and their children, Natasha, William and Victoria.

There have been two lightbulb moments in my life. The first was when I was 13. An only child, I was with my parents when they had a terrible car crash in Sussex. They were thrown out of the car and badly injured.

I had to get help from a nearby house and call an ambulance.

My parents spent three weeks in Lewes Hospital. It was touch and go, and I had to deal with everything.

My mother Simone, who was French and milliner to the Queen, had her own business in London. I had to deal with that, too, and, when my parents came out of hospital, I had to look after them.

That traumatic experience made me grow up and realise I could make the right decisions. My entrepreneurial spirit was born.

My next lightbulb moment was when I came up with the idea for Trotters, my current business.

I took my then 18-month-old son to get his hair cut in a large store, and he made it quite clear that the hairdresser wasn’t going anywhere near him with a pair of sharp scissors.

Then my three-year-old daughter spotted this pair of beautiful bright green boots with pink dots, only to find out the store didn’t have her size. She was desolate.

It struck me that those two things weren’t being catered for in the right way. It should be fun for children to go shopping in a place specially designed for them – full of colour and distractions. And that’s how the concept was born.

Thankfully, my idea worked – children loved it and, 25 years on, I now have six shops and a website (trotters.co.uk) that sells worldwide.