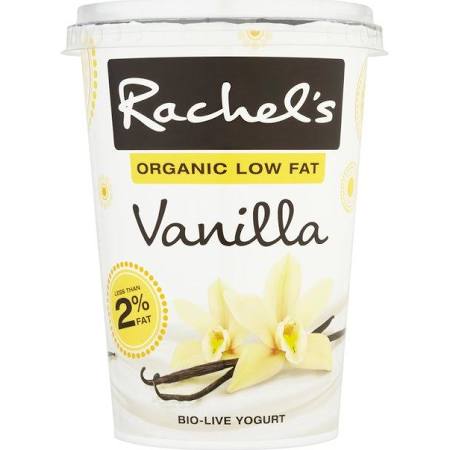 The daughter of organic farming pioneers, Rachel Rowlands MBE, 69, is the woman behind the Rachel’s Organic yoghurt empire.

She and husband, Gareth, have been married for 51 years and have three children.

The couple still live at the family farm in Brynllys near Aberystwyth on the west coast of Wales.

My light-bulb moment happened during a terrible snowstorm in 1982. Our family dairy farm near Aberystwyth was cut off. It started snowing on January 7 and didn’t let up for days.

The drifts were metres deep and roofs collapsed under the weight of the snow. As a result the tanker couldn’t get to us for five days to pick up milk from our cows.

The obvious thing to do would have been to throw it away, but I just couldn’t bear to. My grandmother instilled a ‘waste not, want not’ mentality in me, so I was determined to save our milk. Then it hit me – I could turn it into cream and sell it locally.

The response from local shops and hotels was brilliant so I kept going on a sale-or-return basis. The cream that came back I turned into butter. It opened my eyes to developing the business beyond milk.

Then, in 1984, milk quotas came in, restricting the amount of milk a farm could sell. I realised the quota we’d been given wouldn’t support my family and that branching out further was the way to keep the farm afloat.

I’d had this family recipe for yoghurt that my grandmother had left me and I decided that now was the time to begin experimenting with it.

One night we invited four friends for dinner to brainstorm a name for my new product and one suggested ‘Rachel’s Organic’. It stuck. By 1992 we had our yoghurt in Sainsbury’s, but it was the introduction of black pots in 1997 that got Rachel’s noticed.

I remember being shown a prototype of the pot and thinking: ‘This oozes quality and it makes me want to pick it up — and if I want to, then so will my customers’.

Turns out my instincts were right and after we introduced the black pots we began to be stocked in Co-op, Safeway and — an important one for us — Waitrose, where the full product range is still sold today.