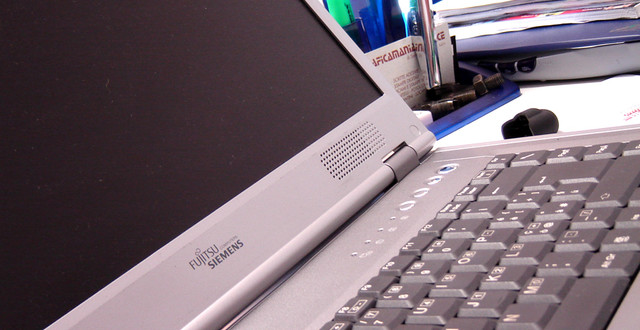 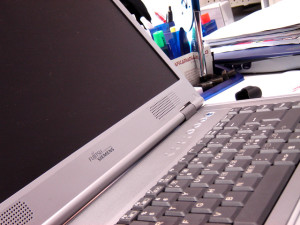 When teenage carpet salesman Lee Biggins decided to set up a jobseekers website, he wasn’t going to let the fact he didn’t have any computer skills hold him back.   This was back in 1999, and the then 19-year-old had big ambitions for his business idea.   So he went out and spent £899 on a computer, and an internet how-to book.

Mr Biggins, who had left school at 15 “with some terrible grades – Es, Fs, and Gs”, also enrolled on a computer literacy course in his hometown of Fleet, in Hampshire, 45 miles south-west of London.

But realising he could still do with some technical assistance, he says he went to his local pub one evening and asked everyone: “Does anyone know someone who can build a website?”   One of his mates suggested that he should ask an old school friend called Brian Wakem, who had built a website for car enthusiasts.

Mr Wakem agreed to join him and as equal partners they set up their business, CV Library, in 2000.   Backed by a £9,000 bank loan, Mr Wakem would look after the technology, while Mr Biggins would focus on the ideas and leadership.

Now valued at £100m, and with its headquarters still based in Fleet, its annual turnover is £25m, and it is now expanding into the US.   Mr Biggins, now 38, says: “I had a really tough time at school, I wasn’t academic and I really struggled. I thought, for the want of a better word, that I was a loser.  “But when I grew up, I wanted to prove to myself, and everyone else, that actually I am made of something.”

Mr Biggins says he came up with the idea of setting up a jobseekers website due to his own personal frustration at how laborious it was to apply for jobs.   “I was looking for jobs, and had to send my CVs to all these recruitment agencies,” he says. “I thought, ‘There has got to be a better way of doing this.’  “So I came up with the idea of a website where you as the jobseeker can put your details, and then everyone [potential employers and recruitment firms] will come to you.”

With CV Library not making any money in its first three years, Mr Biggins also continued to work for his father’s carpet business.  And to increase his knowledge of the jobs industry he did some shifts at a recruitment agency.  After initial attempts to market the business by putting flyers on every car parked outside Fleet railway station failed to gain many customers, CV Library instead started to pay for adverts on Google and other internet search engines.

Mr Biggins admits that a substantial part of CV Library’s success was its timing, the fact it was set up when the internet was in its relative infancy, and just as people were getting high-speed broadband connections. As importantly, CV Library was one of the first jobseekers websites to be set up, giving it a first-to-market advantage.

“We only needed £9,000 to set up the business because the internet was new, and there was no-one else out there,” he says.   “Today, by contrast, the barriers to entry are huge. Today you couldn’t dream of starting up such a business without a couple of million pounds to get anywhere.”

CV Library now has 9.5 million registered jobseekers, and is used by more than 10,000 companies and recruitment agencies.

While a multinational business may pay it tens of thousands of pounds, a pub looking for a new barman will be charged from £149.

Since 2013 Mr Biggins has owned 100% of the business after Mr Wakem decided to quit to spend more time with his family. Mr Biggins bought his co-founder’s stake for £10m.

With a new US office in Boston, Mr Biggins has plans for a global rollout, and wants CV Library to have a “billion-dollar” valuation in five years’ time.

On a daily basis, he says he is “very hands-on, always in the office, running round making sure that all the teams are happy”.   He does have his tough side though, as the 140 employees are not allowed to take smoking breaks, use their mobile phones, or surf the internet for personal reasons during work hours.

“I get my work ethic from my dad,” says Mr Biggins. “People say being an entrepreneur is something you are born with, and I do think it is a personality trait.   “But at the same time it can be massively frustrating, as I’m never satisfied.”

By Will SmaleBusiness reporter, BBC News 2016