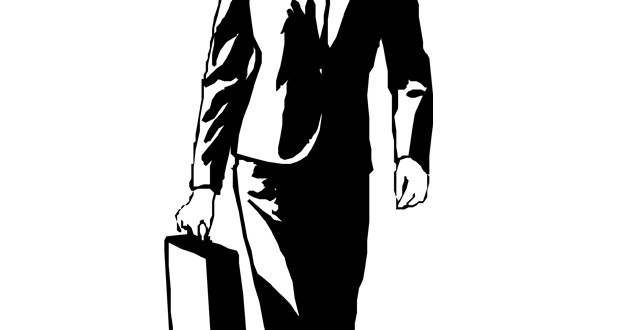 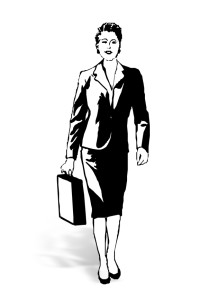 Never mind the menopause, why women in the workplace are finished at 50

Of greater concern is not finding work difficult when the hot flushes kick in, or not finding work at all. A growing number of highly qualified, professional women in their forties and fifties are struggling to get a foothold in the job market. Many have taken career breaks to look after children or elderly parents. Others have simply found it difficult to find a new job at their stage of life. All risk becoming what has become known, in bitterly colloquial terms, as “finished at 50”.

Last year, figures from the Office for National Statistics, (UK) revealed there were 162,000 unemployed women over 50 – a 45 per cent increase since 2010, and the highest number since the ONS began collecting such data in 1992.

Compounding an already distressing situation is the rise in the age at which women will be able to claim State Pension.

Belinda Aaron, 47, is one reluctant member of the cohort in question. The business development executive from Manchester left her last job in 2014 after five years in the post because of issues relating to bullying and harassment by a colleague.

“I just thought that having always found work easily, I`d simply get another job,” she says. “It wasn`t naivety. It was a view based on my previous experience.”

Yet after 12 long months of unemployment she now has more than 70 failed job applications behind her, and all her attempts to re-enter the workplace  – even in roles vastly inferior to her experience – have come to nothing. The most recent knock-back came when she applied for a job with a salary less than a third of what she had previously commanded. Six weeks later, she was finally informed by the company`s HR department that there had been more than 169 applications for the role and that she had been unsuccessful.

“When pushed further, the person who spoke to me asked why I`d even applied for the job in the first place, since my CV reflected that I`d had such a tremendously successful career to date. I found this astonishing and hugely demoralising. Where does anyone in this situation go from here?” she says.

Belinda spends her time filling in lengthy job applications, preparing for interviews and making power point presentations. She`s also active on LinkedIn, works as a charity volunteer and attends countless work-related conferences and networking events. Yet a significant stumbling block is what she sees as the state`s lack of commitment to her demographic. (At the other end of the spectrum, there have been over two million apprenticeships in England for 16 to 24-year-olds since 2010.)

“There`s a real need for an adult apprenticeship initiative or some form of adult intern programme,” says Belinda. “There`s so much that could be done for women in my situation – even just an area at the job centre dedicated  to middle aged professionals. We could help each other with training on software packages or exchange contacts.”

Clearly, being unemployed in her late 40s was not what Belinda had envisaged after leaving Nottingham Trent University in 1988 with a BSc (Hons) Combined Studies in Science degree. For the next 25 years she was  continuously employed (and often headhunted) by leading global healthcare organisations working in sales and business development at a senior level.

So what are the options for women like her? Whether they are deemed over-qualified or past it, Michael Barrington, chief executive of recruitment firm Barrington Hibbert Associates, believes middle aged female candidates have to box clever if they are to find suitable work.

“We have a number of tactics we employ to mitigate the chances of unconscious bias limiting opportunities,” he says. “For example, we get candidates to condense their CVs to only reflect the last 15 years of employment, and we take out the dates in the education section of CVs.”

Women also have to be savvy about getting noticed, be it through social media, blogs or being visible at networking events.

“One lady I know was made redundant from a bank. So she became almost a social media master and built up her profile by writing a number of thought leadership pieces, blogs and comments, to the extent where her content was so well respected she ended up getting offered roles directly as a consequence of her articles.”

Some organisations, such as Lloyds, are entering into women-focused “return to work” exercises, he notes. These might take the form of a six-month contract, or an initial project so that competence can be assessed.

“The challenge is that the organisations involved have maybe 15 to 20 of these opportunities across the institution, so it’s a drop in the ocean,” he says. “It’s a pilot they have run for a couple of years and have had success with. However, it has to be communicated that there is no guarantee at the end of the role that a permanent position will be presented.”

And of course, it`s difficult to identify whether someone is being discriminated against for being over-qualified.

“Unfortunately, there are no specific rights or claims that arise from this branding,” says Danielle Ayres, an employment lawyer with Gorvins Solicitors. “However, some age discrimination claims have been pursued where the applicant believed that the ‘over-qualified’ title was actually a shield for the real reason behind their decision not to hire that person – that they were ‘too old’.”

With few protocols in place, it seems unemployed middle age women must create their own openings. Penny Davenport, a career mentor and business coach, suggests trawling through contacts books and arranging to meet anyone who could provide networking opportunities.

“Invite them for a coffee `just to catch up`,” she advises. “You`re not asking about opportunities but eight times out of 10, a further meeting or opportunity does arise.”

Estelle James, director of recruitment specialists Robert Half, likewise urges women not to wait until a position is advertised.

“Scour local print and online publications and follow company social media feeds to find out which businesses are growing and may be hiring,” she says. “When you see organisations that interest you, contact them proactively to learn of potential job openings.”

As for Belinda, although such advice is helpful, she feels there has never been a more important time for the state to step in.

“At 47 I`m far too young to retire and I have no desire to either,” she says. “Middle aged professionals like me don`t need assistance with how to construct an email or access the internet.  We need a channel through which we can use our experience and skills, be it mentoring, being an intern or an advanced apprentice.

“I just wish the Government would recognise how many women there are out there like me who just need a helping hand.”

Previous Article How I Made It: Tim Westwell, founder of Pukka Herbs
Next Article LUCY BEE COCONUT OIL