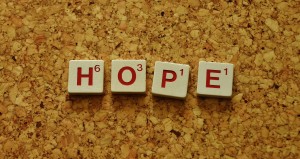 If you truly want to change other people’s perception of you, the important thing is to land your messages properly, according to American pollster Dr Frank Luntz in his book ‘Words That Work: it’s not what you say, it’s what people hear.’

The most important thing is not your message but the way your audience receives it, he says – and by using specific words strategically and tactically you can change your audience’s opinion and behaviour. He should know: he used the power of words to help craft the language in the Republican Party’s 1994 ‘Contract with America’ document which was credited with enabling them to regain control of the House of Representatives for the first time in 40 years. He also helped deliver two mayoral victories for Republican mayor Rudi Giuliani in New York City, where Democrats outnumber Republicans five to one. You might have the best message in the world, but this means nothing if the meaning of your words is not understood as you intended, suggests Lutz. Your audience will always hear what you say through the prism of their prejudices, emotions and preconceptions, so it’s essential to empathise with your audience to win them over. Fail to put yourself in their shoes, and you’ll lose them.

Harness the power of words and you can deploy Dr Luntz’s techniques in your professional life, to develop your personal brand, consolidate your professional credibility and get the results you want from colleagues and clients.

USE CLARITY TO CREATE IMPACT

Use simple language to connect effectively with your listeners to showcase your expertise, words that your audience understands and keep your sentences short to make them more powerful. As Luntz points out, most people don’t have time for nuance, which is why it’s hard to communicate complex ideas, and why soundbites are so successful in politics and in the workplace. Create a colourful soundbite if you want your message to stick: Luntz says sound and texture matter, with rhyme, cadence, assonance and alliteration all making your message easier to remember. Package your ideas and talking points in an easily digestible way and be consistent: repeat them again and again, until your audience has absorbed them.

EMPATHISE TO CONNECT WITH YOUR AUDIENCE

Bring your audience round to your way of thinking by working ‘audience-first’. Remember that you probably come from a different place from your audience so don’t assume they have knowledge or awareness of the subject you’re talking about or your message will be lost on them. Give your message context to make it relevant for who you are talking to, and give it a logical structure, getting the order of the information you’re communicating right, so you don’t lose your audience.

Stand out from the competition by making your messages stick with the people who hear them. Pick your words carefully and you can create a positive or negative reaction. Define a subject using language designed to provoke a powerful reaction and you can convince people in such a way that no other information on the subject will make them change their minds.

Think about the empowering offers of Barack Obama’s ‘Yes we can’, Nike’s ‘Just Do It’ or the EU referendum Leave campaign’s ‘Take back control’ promise. Luntz’s iconic expressions include ‘climate change’ which became ‘global warming’, or his re-labelling of drilling for oil as ‘exploring for energy’. Paint a vivid picture to help your listeners visualise what you’re saying and personalise it so they connect with your message. Even if they forget what you told them, they won’t forget how you made them feel, says Luntz. Remember ‘I have a dream’? Be authentic to reinforce your credibility, speak aspirationally and offer something new to appeal to your audience’s emotions to get them excited about the opportunities you are presenting to them.