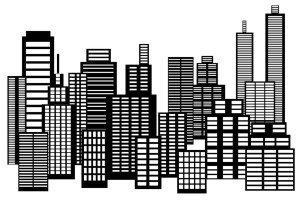 This year, I want to bring to your attention, articles that I have read and hope might be of help to you or someone you know.  Apparently, reports of bullying in Britain are rising… read below and be knowledgeable.

There are few people more dangerous than the hateful boss. If left unchecked, they can ruin your mental and physical health, stymie your career prospects and more – even making leaving work early for a root canal seem like a treat.

Alarmingly, reports of bullying in Britain are on the rise, according to a study by conciliation service Acas. In 2015 alone, it received more than 20,000 calls detailing accounts of public humiliation, ostracism, and even physical abuse.

It’s unclear if the increase was due to more abuse cases – cyberbullying is a relatively new phenomenon, for instance – or simply the fact that more people are coming forward. But few would disagree that menacing managers are still far too abundant in Britain.

“It was so demoralising,” says Chloe, an office worker in her early 20s from Nuneaton, who quit her job last September after suffering three months of “sustained” abuse from her manager.

“It makes you question everything else in your life; your relationship with your boyfriend. It was awful.”

But how do you know if your boss is the real deal, and not just a hard taskmaster?

1. Your boss assigns tasks you’re not trained for, without offering time to learn the required skills. They then get angry if they perceive the work is not up to scratch.

2. You are never left alone to get on with the job, instead facing endless checks and micromanagement.

3. You constantly feel a sense of impending doom, becoming unusually anxious when your boss approaches your desk, calls a surprise meeting or simply emails.

4. The bullying boss prevents you from applying for other roles within the company or taking on training that might develop your career.

5. Your boss appears to leave you out of workplace socialising, possibly even encouraging your co-workers to do the same.

*Signs come with help from the Workplace Bullying Institute

Five ways of dealing with the problem:

Ok, so you’re sure your boss is a bully. But dealing with them can be a risky endeavor. We asked the experts what you should do:

It may seem hard, but approaching the boss is an important first step, says Penny de Valk, managing director of Penna Talent Practice. “Sometimes people are completely unaware of how their behaviour affects others,” she says.

Ms. de Valk recommends explaining the impact their treatment is is having on you, armed with solutions about how you can work better together.

Life coach Jo Emerson, meanwhile, suspects abusive bosses are often projecting their own personal fears onto others. “Acknowledge their fear,” she says, while offering this potential response: ‘I understand you are worried that we won’t meet the target, but I can assure you I’m doing my best’.

If talking to your boss doesn’t work and you need to escalate the issue, you need to have documented proof . “Always keep a diary of what was said/done to you and when,” says Paul Kelly, partner in Employment Law at Blacks Solicitors LLP. “Without evidence there is very little an employer can do to help you if it comes down to your word against another’s.”

If things don’t improve, take your case to Human Resources or a higher-level manager, says Lee Biggins, founder and managing director of CV-Library. “Start by showing them the documented list you’ve been making, and explain how you’ve already attempted to rectify the situation,” he says.

Lisa Pantelli, director of People Lab, says it’s vital to stay confident. “This is far easier said than done but bullies prey on the weak,” she says. If you snap and respond assertively, don’t apologise.

Chloe simply gave up her job and temped for a few months while she rebuilt her confidence. She admits the decision hurt her career, allowing the bully to win and continue their bad behaviour.

For people who have lodged a formal complaint, Mr. Kelly suggests they may want to think twice about simply resigning, at least without taking legal advice. “Constructive dismissal is a hard claim to prove so resigning is not a decision that should be taken lightly or without expert advice.”