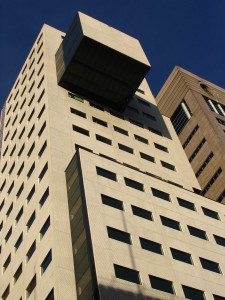 Retail giant John Lewis has been named Britain’s most popular place to work.

The company, which operates high street chains John Lewis and Waitrose, tops the LinkedIn list of the 20 most sought-after employers for the second year in a row.

Researchers analysed data from the 23million British LinkedIn users to determine the places where they most wanted to find a job.

Experts from the professional networking site also shared exclusive tips with Femail to help any jobseekers bag the role of their dreams at any of the in-demand firms.

THE TOP 20 PLACES TO WORK

The top five of the 2017 Top Companies list was dominated by retailers. Asos, the Acradia Group, which owns brands including Topshop, Wallis and Miss Selfridge, and Harrods came in second, third and fourth place, respectively.

Luxury department store Selfridges, whose flagship London store is in the midst of a multi-million pound redevelopment, came in fourteenth place while iconic British design house Burberry rounded off the top 20.

Elsewhere it was the battle of the technology heavyweights with Google coming in at eighth place – one spot ahead of rival Facebook.

Their competitor Amazon was some way behind, coming it at nineteenth place.

High street banks and supermarkets – including Sainsbury’s at sixth place and The Co-operative Group at number 13 – also had a healthy showing on the list.

Kate Corcoran, Director, Personnel Operations at John Lewis Partnership said: ‘We’re delighted to have been named the most sought after employer in the UK for the second year running.’

Sarah Andrews, HR & Retail Director at Harrods said: ‘It is fantastic to see the retail industry, which offers such a variety of careers and opportunities, to continue to lead the way for prospective UK employees. ‘

HOW TO GET THE JOB YOU WANT

LinkedIn’s Darain Faraz, group manager of marketing and communications, shared his top five tips for securing the job of your dreams exclusively with FEMAIL…

Knowing the company or industry you want to work for is a good place to start but it is important to pay attention to specifics. Make sure to read the role description on LinkedIn or similar job website to be sure it is the one for you.

The personal summary – the opening lines at the top of a CV – is the number one thing recruiters look for when viewing your online profile.  Be careful not to overthink the introduction or pack it with buzzwords and remember it is designed to be a brief insight into who you are and what you do.

It might sound simple, but adding a photo to your profile can get you up to 21 times more views. The image does not need to be professional, just a clean, clear portrait  – even a selfie – can work perfectly well.

Whether you’re online or offline, having a solid network and community in your corner is going to make a difference. Research by LinkedIn shows those with strong networks receive 13 times more job opportunities than those without.

Company pages and job listings can be a good place to find the name of a recruiter or staff member to contact directly. It might be that you have a mutual connection who can give you an introduction.

It is also worth being bold and contacting a current employee directly to let them know you are interested in the job and asking whether they might introduce you to the relevant person.

Darain added: ‘Nothing is more influential in the hiring process than a personal recommendation or introduction from someone that already works there.’

By Stephanie Linning for MailOnline  published May 2017

Previous Article FROM A STAY AT HOME MUM TO THE TOP OF HER GAME
Next Article WANT TO GET RICH? ONE ENTREPRENEUR SAYS DO IT ALONE