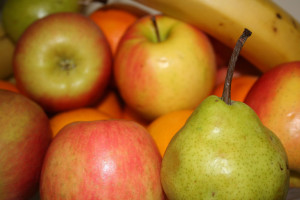 The financial year, (2012) Planet Organic, founded by Renée Elliott, made a profit every week. Not many high street retailers can make that claim in the poor trading environment and despite a declining organic market and a challenging economy, the company is proof that you can build a successful business without compromising on the principles you hold most dear.

Back to her roots

Renée was born in Pascagoula, Mississippi – a ‘cow town’ in north east America. Her mother was always cooking and feeding people. Her father kept a large vegetable garden, which she loved helping out on, understanding what it meant to eat well from an early age. When she left for university – her school mates dubbing her ‘most likely to succeed’ – she couldn’t understand why the tomatoes didn’t taste like they did at home.

As a student she travelled through Europe in her summers, meeting her future husband on a night bus in London.  She returned to Boston in 1991 for a leadership course. Spending her lunch breaks at the local health food store, she had a eureka moment when she stepped into Bread & Circus, an organic supermarket now part of Wholefoods. Why not open something similar in London, she thought.

She managed a health food store for the next two years to better understand customer needs, service and business models. Then in 1995, at 30, she opened the doors of her first Planet Organic store in Westbourne Grove, West London. It was to be the UK’s first organic supermarket and the first of their now five locations.

Almost immediately it started to do well, gaining celebrity patrons with its pioneering ideas. The store was among the first to offer organic juice bars, sell fresh wheatgrass, a bicycle delivery service, organic meat counter and sustainable fish counter. The Soil Association made it the first organic-certified store.

A real coup for Renée was persuading HRH Prince Charles to visit the store in 1999. Royals aren’t typically seen promoting retail but she walked Prince Charles around the store for 45 memorable minutes while the store filled with “excited on-lookers”. Her even bigger coup? She managed to sell him a jar of olives.

In 2008, the ‘KSF’ team invested in the business. Three successful entrepreneurs – David Krantz who launched clothing brands Racing Green and Blazer; Colin Fenn who co-founded and sold Fenn Wright & Manson and Alan Smith who has held board positions at companies that include Marks & Spencer, Kingfisher and Colefax & Fowler. All three were founding directors of Space NK. Along with Renée, they appointed chief executive Peter Marsh who now runs the business.

Since the day Planet Organic’s doors opened, Renée has promoted the benefits of organic food and whilst Peter took on day to day management of the business, she remains the guardian of the Planet Organic brand and values. She also serves as a Council Member of The Soil Association promoting the cause of organic food and advises senior government officials on issues surrounding organic, GM and nutrition. She writes regularly and has a number of books to her name.

Many have questioned whether it is possible to make a success of a business combining both value and sales – but Renée knew she could – and she has mastered the challenge well.

Previous Article My lightbulb moment: CEO of Rachel’s Organic yogurt (4)
Next Article Richard Branson and 16 other successful people on what they wish they knew at 22