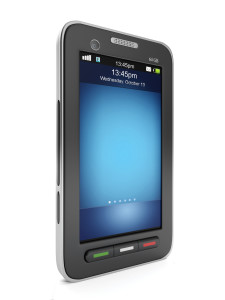 The story behind WhatsApp’s massive success is one of perseverance in spite of hardship and rejection. This is the story of Jan Koum and Brian Acton.

When he was living on welfare, Jan Koum’s family collected food stamps a couple of blocks from the unmarked Mountain View office that now houses his messaging company, WhatsApp.

Koum, who Forbes believes owns 45% of WhatsApp and thus is suddenly worth $6.8 billion — was born and raised in a small village outside of Kiev, Ukraine, the only child of a housewife and a construction manager who built hospitals and schools.

His house had no electricity or hot water. His parents rarely talked on the phone in case it was tapped by the state. It sounds bad, but Koum still pines for the rural life he once lived, and it’s one of the main reasons he’s so vehemently against the hurly-burly of advertising.

Koum and his mother immigrated to Mountain View, a result of the troubling political and anti-Semitic environment, and got a small two-bedroom apartment though government assistance.   His dad never made it over.

He enrolled at San Jose State University and moonlighted at Ernst & Young as a security tester. In 1997, he found himself sitting across a desk from Brian Acton, Yahoo employee 44, to inspect the company’s advertising system.

Over the next nine years the pair also watched Yahoo go through multiple ups and downs. Acton invested in the dotcom boom, and lost millions in the 2000 bust.

In September 2007 Koum and Acton finally left Yahoo and took a year to de-stress, traveling around South America and playing ultimate frisbee. Both applied, and failed, to work at Facebook. “We’re part of the Facebook reject club,” Acton says.

In 2009, amidst the aftermath of the financial crisis, Koum, with the financial help of his mentor Acton, went on to write code for a messaging service. They wanted it to be the biggest cross-platform messenger in the world.

According to legend, WhatsApp co-founder and CEO Jan Koum came up with the idea for his company in early 2009 after his gym banned the use of cell phones. Koum became annoyed at missing calls during his workout and, being an engineer, decided to create a solution.

WhatsApp was incorporated in February 2009 and the following month after a game of ultimate frisbee with Acton, Koum grudgingly admitted he should probably fold up and start looking for a job. Acton balked. “You’d be an idiot to quit now,” he said. “Give it a few more months.”

Five years after launch, WhatsApp is among the world’s most popular and profitable phone apps.  On a typical day more than 20 billion messages are sent through its network.

Acton and Koum, he adds, are “the yin and yang — I’m the naïve optimist, he’s more paranoid. I pay attention to bills and taxes, he pays attention to our product. He’s CEO. I just make sure stuff gets done.”

Koum and Acton ignored conventional wisdom. Rather than target users with ads, an approach they had grown to dislike during their time at Yahoo, they chose the opposite tack and charged a dollar for a product that is based on knowing as little about you as possible.

WhatsApp does not collect personal information like your name, gender, address, or age. Registration is authenticated using a phone number, a significant innovation that eliminates the frustration of remembering a username and password. Once delivered, messages are deleted from WhatsApp’s servers.

Whatsapp was acquired by Facebook in 2014 for about $19 billion USD in cash and stock, making Acton’s net worth around $3.8 billion.

I hope this story motivates you to keep going ahead with your dream/s no matter the rejections that you have had.